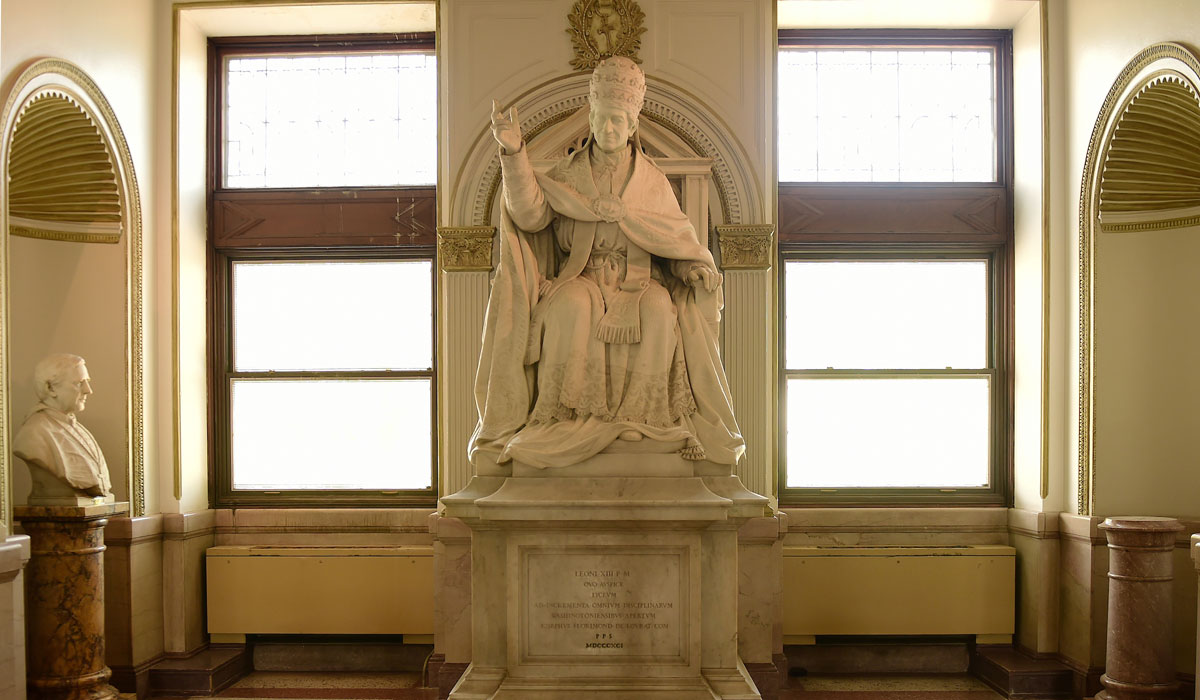 Fun Facts About The Catholic University of America

Pope Leo XIII approved the founding of The Catholic University of America in 1887.

Serious consideration was given to founding Catholic University in South Orange, New Jersey. The plan was to buy the property occupied by Seton Hall College, which had been struggling with fires and financial setbacks.

Mary Gwendolen Caldwell, the major benefactress of the university effort (she offered a gift of $300,000), had been given final authority to choose the site. She decided on the Middleton estate in the Brookland section of the District of Columbia. She believed this site was perfectly situated between the Baltimore and Ohio Railroad line and the Soldier's Home, which had been used by President Abraham Lincoln as the "Summer White House" during the Civil War.

The Catholic University of America would also be founded near the site of Fort Slemmer, built to defend Washington, DC against threats from the Confederate Army during the Civil War. From the hills where Marist and O'Boyle Hall now stand, Union forces could see to the Potomac River, and therefore became an "early warning site".

The Catholic University of America was one of the founding members of the Association of American Universities in 1900.

Catholic University is the only American university with ecclesiastical faculties and granting canonical degrees in theology, philosophy, and canon law.

At 176 acres, The Catholic University of America is the largest college campus in Washington, DC.

There are 55 major buildings on campus.

President Theodore Roosevelt had heard of the statute of Pope Leo XIII in McMahon Hall from his friend Maurice Francis Egan, an English professor, and asked to see it.

Catholic University had its own observatory. You can see the remnants of the observatory telescope base on the pathway leading to Marist Hall, specifically between Aquinas Hall and Curley Court.

Construction on The John K. Mullen of Denver Library began in 1928, and finished in 1958. It was built in stages. John Kernan Mullen made his fortune in milling, land, and cattle.

The Catholic University of America has been playing intercollegiate football since 1895, when the Cardinals faced Mount Saint Mary's College (now University).

The original Catholic University football, baseball, and soccer stadium, Brookland Stadium, seated 30,000 people. It also hosted games for the Washington Darts of the North American Soccer League. The remnants of the stadium can be seen in the areas between the Columbus School of Law and the Pryzbyla Center (notice the raised sides?)

The Catholic University football team won the 1936 Orange Bowl, with the Cardinals beating the University of Mississippi (Ole Miss) Rebels 20-19. During that season, the Cardinals gave up only 34 points, did not allow a rushing touchdown, and finished the season with a 7-1 record.

As the Washington Post described the scene, 3,000 people greeted the team when they returned to DC, and the victory parade that followed went up Pennsylvania Avenue on its circular route from Union Station to campus. During the parade, even "President (Franklin D.) Roosevelt, on his way to church, became an unwitting parader, when the march de triumph jammed traffic in front of the White House."

Catholic University has the best record of "DMV" (District of Columbia, Maryland, and Virginia) area teams in the Orange Bowl. The Virginia Polytechnic Institute and State University (Virginia Tech) Hokies are 1-3 in Orange Bowl appearances, the University of Maryland Terrapins are 0-3, and both the United States Naval Academy Midshipmen and the Georgetown University Hoyas are 0-1.

The Cardinals participated in the 1940 Sun Bowl against the Bulldogs of Arizona State Teachers College at Tempe (now Arizona State University), a game that ended in a scoreless tie. Catholic University finished the season with a record of 8-1-1.

Between 1976 and 1993, Catholic University and Georgetown University participated in an annual football game for the Steven Dean Memorial Trophy. When the series concluded in 1993, Georgetown held a 11-7 advantage.

When The Catholic University of America opened for classes in November 1889, the curriculum consisted of one school with lectures in five fields: mental and moral philosophy, English literature, Sacred Scripture, dogmatic theology, and moral theology. Canon Law lectures were added the following year.

School of Arts and Sciences:

School of Theology and Religious Studies:

The first undergraduates arrived on campus in 1904, 17 years after the University was established.

Today The Catholic University of America - committed to being a comprehensive Catholic and American institution of higher learning - has approximately 6,838 students - about 3,694 undergraduates and 3,144 graduate students - enrolled in 12 schools:

All of the schools offer graduate degrees and/or professional degrees.

Catholic University also has 29 research facilities on campus engaging both graduate and undergraduate students in research projects, presentations at national and international academic events, and published articles and books. 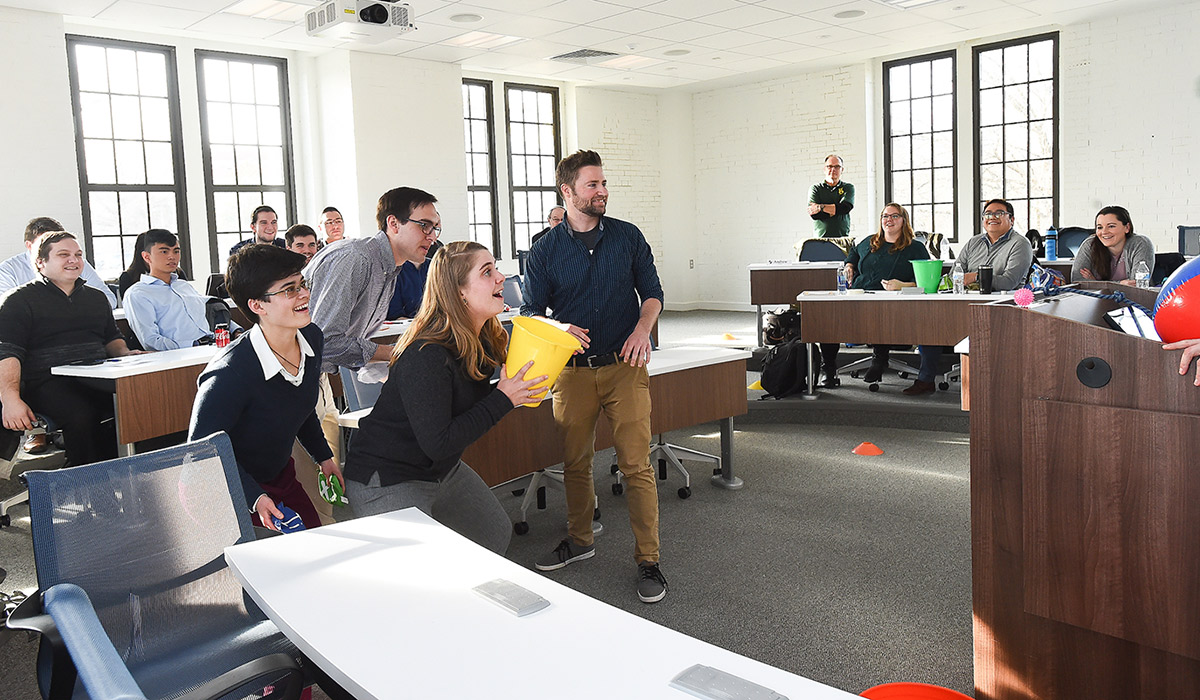